visit history, leave with us!

The Park of the Mills in Bagno Vignoni is a unique place to combine art and well-being.

At the entrance to the spa village, the The Park of the Mills is an archaeological area that winds between artifacts in the open, and closed environments, which can be visited with a guide.

BOOK A TOUR WITH US!

In collaboration with the Municipality of San Quirico and part of the NARRA TERRA project, the Parco dei Mulini is an evocative setting where you can retrace the history of the Val d’Orcia and its traditions: here in Bagno Vignoni those of hot water and grain. 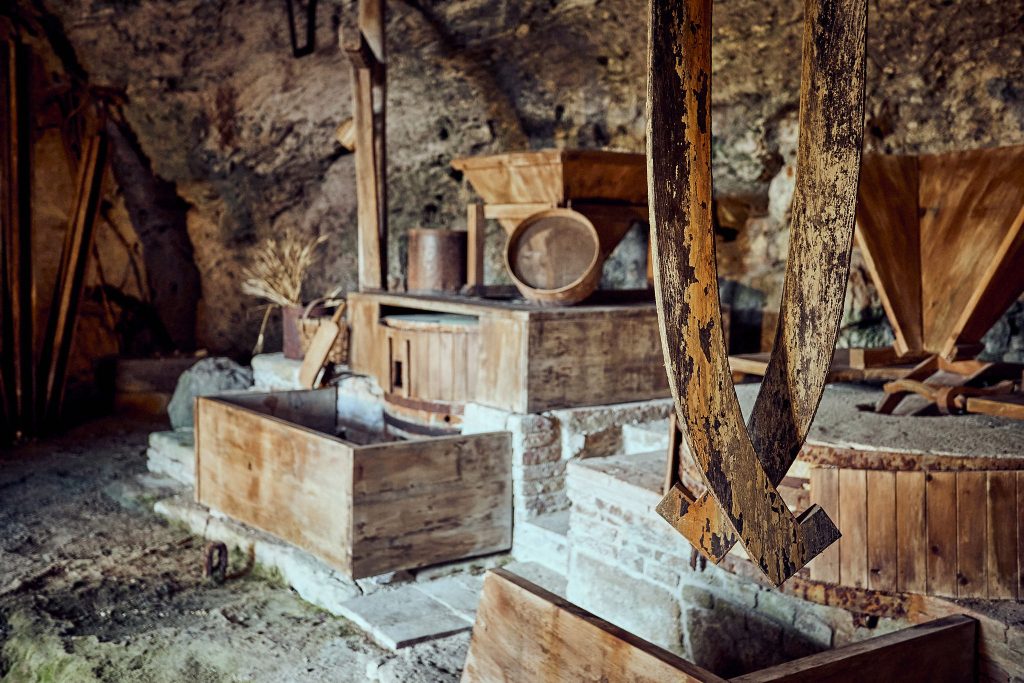 The first two water mills, called Mulino di Sopra and Mulino Buca, are entirely underground, or underground; the other two, the Mulino di Mezzo and the Mulino da Piedi, are partly above ground – the rooms of the millstones – and partly underground – the rooms of the wheels. The entrances and interiors of the mills, carved into the rock, have been restored and made safe to allow for an easy visit. The milling technique, common to all southern Europe, is that of the horizontal wheel mill: a relatively simple technology, with the driving wheels connected directly to the millstones by means of a vertical shaft and driven by a high pressure water jet, generated by an accumulation tank placed on a higher level.

This website uses cookies to improve your experience while you navigate through the website. Out of these cookies, the cookies that are categorized as necessary are stored on your browser as they are essential for the working of basic functionalities of the website. We also use third-party cookies that help us analyze and understand how you use this website. These cookies will be stored in your browser only with your consent. You also have the option to opt-out of these cookies. But opting out of some of these cookies may have an effect on your browsing experience.
Necessary Sempre abilitato
Necessary cookies are absolutely essential for the website to function properly. This category only includes cookies that ensures basic functionalities and security features of the website. These cookies do not store any personal information.
Non-necessary
Any cookies that may not be particularly necessary for the website to function and is used specifically to collect user personal data via analytics, ads, other embedded contents are termed as non-necessary cookies. It is mandatory to procure user consent prior to running these cookies on your website.
ACCETTA E SALVA